He graduated in Biotechnology at the University of Padua and he specialized in Industrial Biotechnology in the same Faculty of Mathematical, Physical and Natural Sciences, graduating cum laude. He also studied at the prestigious University of California in San Diego, where he received the Provost’s Honor of the Faculty of Bioengineering – Biotechnology of the Jacobs School of Engineering and the Rady School of Management at the same UCSD. He then attended the MABIT: Masters in Management from the CUOA foundation, a renowned Business School in Vicenza. He then became head of business development of BMR Genomics, a leading company in Italy for the sequencing of DNA and then he became the Technology Specialist for the service of Next Generation Sequencing, where he followed hundreds of sequencing projects for the most important Italian research centers, universities and hospitals. In the meantime he taught Innovation Management as a contract Professor at the University of Padua in the Faculty of International Economics. In 2013 he became vice President and Director of Business Development for Personal Genomics, where he contributes to the development of the service portfolio provided in the wide range of personalized genomics. In 2014 he then founded Biodiversa (www.biodiversa.it), in 2017 Sorgente Oncologia s.r.l (www.sorgenteoncologia.it) and in the same year DNA Consulting s.r.l. with the role of CEO and partner. He became consultant for important corporations as Health Catalyst (big-data analytics in healthcare) and Angelini Holding. Today he works in genomics and healthcare and investments in biotech, life science and healthcare companies. 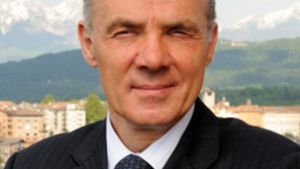 He graduated in Electronic Engineering, with a thesis on a mathematical multi-compartments model of a biological system (cerebral-spinal fluid), at the University of Padua in 1974. He then worked for two private Companies. In 1975, when he was just 26 years old, he was elected Mayor of the town council of Mason Vicentino, a position he held for four consecutive terms. From 1980 to 1991 he was the vice President of the Management Committee of the Ulss 5 and delegated to the coordination of the construction works to build a new hospital in Bassano del Grappa, a structure with a capacity of 800 beds. In 1991, at the same Ulss Health Authority, he was appointed as administrator. Subsequently, he was re-confirmed as a commissioner until 1994. From 1995 to 2002 he held the position of General Director of the Ulss 3 of Bassano del Grappa, formed by the joining of Ulss 5 with the Ulss 35. From 2003 to 2007 he was General Director of the Ulss 20 of Verona, whose territorial area includes 36 municipalities distributed in four Health Care districts, with a consumer area of about 450,000 inhabitants. From the 1st January 2008, he was the General Director of Ulss 1 of Belluno. From the 1st November 2010 he was General Director of Ulss 4 of Alto Vicentino, where he followed the realization of the Hospital of Santorso in project financing, which since February 2012 replaced the hospitals Boldrini of Thiene and the De Lellis of Schio, which have been resized to health districts. Since the 1st January 2013, he is the General Director of Ulss 6 of Vicenza.